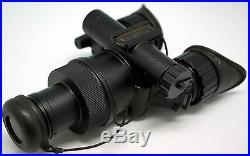 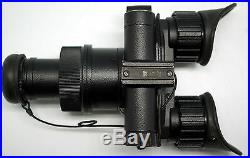 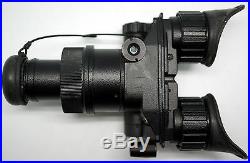 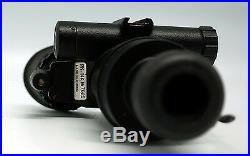 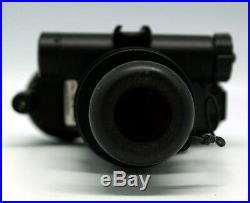 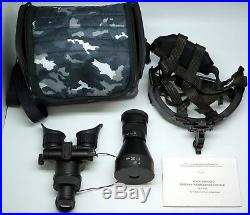 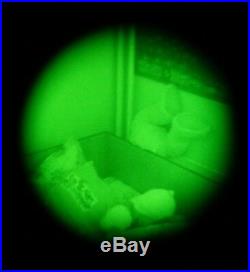 PN-14K was produced by famous Russian plant NPZ in Novosibirsk(Siberia). This model is close to NS7, NYx7 or NVG-16 goggles. Do not switch on your night goggles at daylight or in lit rooms when protective covers are removed from the lenses.

The device is powered with ONLY one AA battery 1,5V. PN-14K Night Vision Goggles advantages.

Angular field of view, not less. Battery life without IR source at temp from 0 to +50 C.

Battery life without IR source at temp from -50 to 0 C. Founded in 1905 in Riga where the first optical shops of German Carl Zeiss company were opened, the corporation combines its impressing traditions and constant development. This can be very well illustrated with the Herz panoramic scope, which was manufactured for the first time in the earliest years of the 20th century and is still produced by the plant. During the 20th century NPZ Optics State Plant has changed its location six times because of numerous wars and dramatic historic events. Finally it was built in Novosibirsk in 1941 where it gained a great number of governmental awards throughout its history in this city. Today the goods of NPZ Optics State Plant are widely used in Russia and abroad. They are supplied to the Russian army, defense and emergency forces of Russia and many other countries as well as to numerous foreign companies and individuals. All products are produced and tested on military standards and have proved to be highly reliable.

This item can be shipped worldwide.